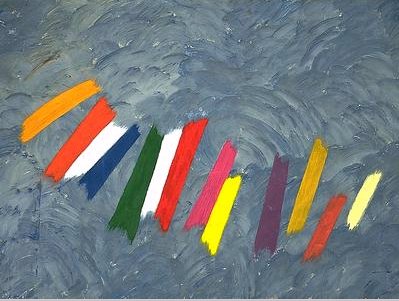 if there’s a piece that defines Classical music
for most people, encapsulates it, even for
those who aren’t especially interested in
Classical music, that piece would be, I think,
Tchaikovsky‘s “First Piano Concerto“

strictly speaking Tchaikovsky isn’t a Classical
composer, but a Romantic one, the Classical
period in music having been transformed
some years earlier into the Romantic period
by none other than Beethoven, 1770 – 1827,
perhaps the most transformative composer
of all time – Tchaikovsky‘s “First Piano Concerto“
was written in the winter of 1874 – 1875, pretty
well at the end of the Romantic Period, which
then ceded to the Impressionists, just to get
our periods right

what the Romantic Period added to the
Classical Era was emotion, sentiment – note
the use of tenuto, for instance, beats being
drawn out, languidly, longingly, for pathos –
what it maintained was the structure, the
trinity of Classical conditions, rhythm, tonality,
and repetition, which is why even the most
uninformed listener will usually be able to
sing along throughout the entire performance,
the blueprint is in our collective blood, in the
DNA of our culture

to remain present a piece must remain
relevant to the promoter, an interpreter must
have reason to play it, substance surely plays
a big part, but technical considerations play
perhaps an even greater role towards a great
work’s longevity, “Chopsticks“, for instance,
is good but it won’t fill a concert hall

unless, of course, it’s with Liberace

the “First Piano Concerto” of Tchaikovsky is
the Everest of compositions, emotionally
complex and technically forbidding, nearly
impossible, it would seem, were it not for
those few who’ve mastered its treacherous
challenges, conquered its nearly indomitable
spirit

Van Cliburn put it on the map for my
generation, with a ticker tape parade in
New York to confirm it

and now Behzod Abduraimov, a mere youth,
born in 1990 in Uzbekistan, Tashkent, delivers
by far the best performance I’ve seen since,
giving it new life for the new millenium

behold, be moved, be dazzled, be bewitched 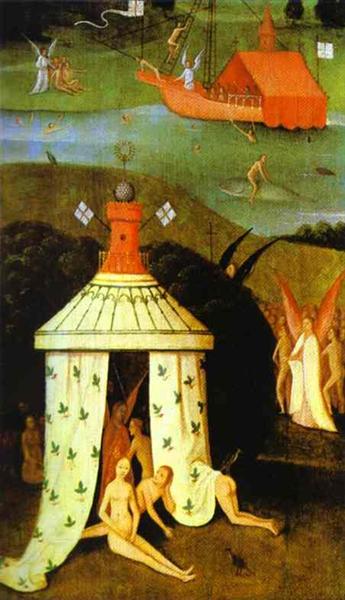 “Is Art Truth?“, a friend asks after speaking of
its benefits, “Art accepts and tells the truth-Is
that it ?“, she inquires, wonders

art, like truth itself and beauty, is in the eye
of the beholder, I submit, and therefore my
definition is, once again, entirely personal,
though I’ve rigorously plumbed it

art died for a thousand years, it was
essentially unrecorded, dormant from
the fall of Rome to the Renaissance, nor
promoted but for Catholic purposes,
hence the majestic cathedrals and the
magisterial altarpieces, works produced
by, however, communities until eventually
certain artisans were recognized as more
inspired than others, and given autonomy

art, and its contemporary science, were
chipping away at ecclesiastical dogma

till God died, and artists continued their
prescient march forward, shaping our
zeitgeist, our spirit of the times, with
their pronouncements for lack of any
other guides

but the voices grew personal, see Mozart,
often profound and prophetic, see
Beethoven, till the confluence of disparate
realities gave us secularism, each soul for
itself as a tenet, a credo, a belief, a truth

what did they have in common

art is prayer, a search for, as well as a
manifestation of, one’s personal
identification with the sacred

it is not truth, it is not beauty, it is the
fervent intention itself, linked with a
correspondent workmanship, craft,
which inspires

see for instance van Gogh for this, who,
remember, nevertheless shot himself,
artists are mortal, merely, messengers,
ever, therefore, fallible, unsure, fearful
even, often, of their, perhaps
Promethean, fire 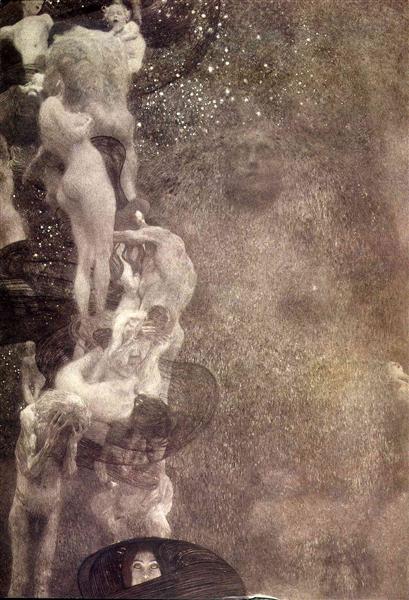 at lunch recently, a friend was telling
me about taking her family, kids,
grandkids, to Hawaii

I hope we have a good time, she said

what do you mean, I hope, I asked

I’ve been worrying a lot lately, I wake
up in the middle of the night, I worry
about sharks, for instance, off the
coast of Maui

I know what you mean, I answered, I
worry about an earthquake hitting
while I’m asleep, the whole city does
in fact, I confirmed, those here who
worry

when I was going to Munich in December
and January with my mother, I continued,
and people were saying it’d be cold, I
determined that we’d have a wonderful
time despite whatever obstacles we might
encounter, I meant it as a gift to my mother,
after all it was for the magic of the C***mas
and New Year’s Eve festivities there we
were going, kind of like your Hawaiian
beaches, I pointed out

there was the uncomfortable flight over,
the usual stomach upsets, cold and
snow, which I hadn’t experienced in
several years, an unruly Internet
connection, but they were the price of
admission to the wonderland I’d
determined to fashion out of the
elements that we’d find there, and did

there were neither sharks nor earthquakes
eventually, nor even the terrorist attacks
that had threatened, but that no amount of
worrying anyway could’ve done anything
about

and I just read something out of the New
Yorker, I continued, that put me back on
track, put everything back together again
before any great existential fall

it’s all in your head, it said, or rather it
quoted Epictetus, Epictetus, the Stoic
philosopher I’ve always profoundly
admired, I said, I’ll send it to you, the
article, Stoicism was a way of facing
the world bravely and seeing it as a
condition of your worth

is still a way, I extrapolated

also I’ve found that focussing on what
you’ve been worrying about, and
thinking about what you can do about
it, helps

about sharks, for instance, what would
you do – don’t go in the water – after
which there isn’t much else to think
about but go on to the next problem

meanwhile, you’re not worrying, but
actually being productive, and reducing
everything to what you can indeed do,
which ends up being most often not
much

pray for grace, I’ve been telling myself
for the longest while, and make sure
your tie ‘s on right, that’s all you
can ever do, I repeat to myself, and to
anyone who’ll listen, like an incantation,
a refrain

but still I take my anti-depressants just
in case, I said

we drank to Stoicism

afterwards we saw a new play about
Queen Elizabeth

How To Be a Stoic

The Stoic philosopher Epictetus was born a slave, around 55 A.D., in the Greco-Roman spa town of Hierapolis—present-day Pamukkale, Turkey. I first encountered his teachings in 2011, shortly after moving from San Francisco to Istanbul. I lived alone on a university campus in a forest. In the midst of a troubled long-distance relationship, I sometimes went days without talking to anyone but my boyfriend’s disembodied head on Skype. I was demoralized by Turkish politics, which made both secularists and religious people feel like victims. If you were a woman, no matter what you were wearing—décolleté or a head scarf—someone would give you a dirty look.

The first line of Epictetus’ manual of ethical advice, the Enchiridion—“Some things are in our control and others not”—made me feel that a weight was being lifted off my chest. For Epictetus, the only thing we can totally control, and therefore the only thing we should ever worry about, is our own judgment about what is good. If we desire money, health, sex, or reputation, we will inevitably be unhappy. If we genuinely wish to avoid poverty, sickness, loneliness, and obscurity, we will live in constant anxiety and frustration. Of course, fear and desire are unavoidable. Everyone feels those flashes of dread or anticipation. Being a Stoic means interrogating those flashes: asking whether they apply to things outside your control and, if they do, being “ready with the reaction ‘Then it’s none of my concern.’ ”

Reading Epictetus, I realized that most of the pain in my life came not from any actual privations or insults but, rather, from the shame of thinking that they could have been avoided. Wasn’t it my fault that I lived in such isolation, that meaning continued to elude me, that my love life was a shambles? When I read that nobody should ever feel ashamed to be alone or to be in a crowd, I realized that I often felt ashamed of both of those things. Epictetus’ advice: when alone, “call it peace and liberty, and consider yourself the gods’ equal”; in a crowd, think of yourself as a guest at an enormous party, and celebrate the best you can.

Epictetus also won me over with his tone, which was that of an enraged athletics coach. If you want to become a Stoic, he said, “you will dislocate your wrist, sprain your ankle, swallow quantities of sand,” and you will still suffer losses and humiliations. And yet, for you, every setback is an advantage, an opportunity for learning and glory. When a difficulty comes your way, you should feel proud and excited, like “a wrestler whom God, like a trainer, has paired with a tough young buck.” In other words, think of every unreasonable asshole you have to deal with as part of God’s attempt to “turn you into Olympic-class material.” This is a very powerful trick.

Much of Epictetus’ advice is about not getting angry at slaves. At first, I thought I could skip those parts. But I soon realized that I had the same self-recriminatory and illogical thoughts in my interactions with small-business owners and service professionals. When a cabdriver lied about a route, or a shopkeeper shortchanged me, I felt that it was my fault, for speaking Turkish with an accent, or for being part of an élite. And, if I pretended not to notice these slights, wasn’t I proving that I really was a disengaged, privileged oppressor? Epictetus shook me from these thoughts with this simple exercise: “Starting with things of little value—a bit of spilled oil, a little stolen wine—repeat to yourself: ‘For such a small price, I buy tranquillity.’ ”

Born nearly two thousand years before Darwin and Freud, Epictetus seems to have anticipated a way out of their prisons. The sense of doom and delight that is programmed into the human body? It can be overridden by the mind. The eternal war between subconscious desires and the demands of civilization? It can be won. In the nineteen-fifties, the American psychotherapist Albert Ellis came up with an early form of cognitive-behavioral therapy, based largely on Epictetus’ claim that “it is not events that disturb people, it is their judgments concerning them.” If you practice Stoic philosophy long enough, Epictetus says, you stop being mistaken about what’s good even in your dreams.