“Symphony no 6 in B minor, opus 54” – Dmitri Shostakovich 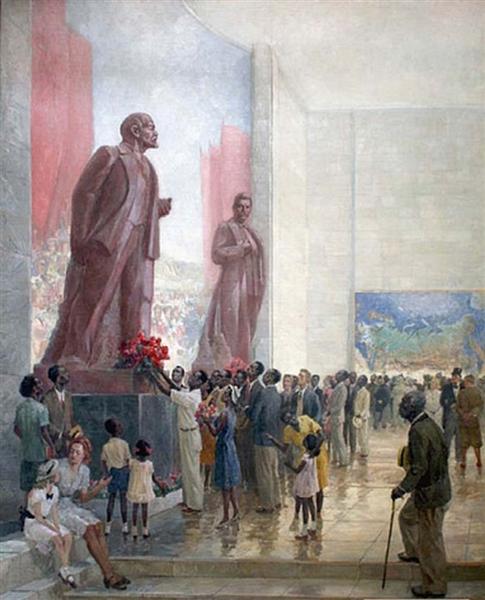 “I hope that these few preparatory words
can give you an insight that may permit
you to experience this strangely
heterogeneous work as a single entity,
a flashpoint in musical history”, says
Leonard Bernstein, somewhat,
admittedly, grandiloquently, in an indeed
thrilling introduction to Shostakovich’s
Sixth Symphony in B minor, opus 54

that he reiterates several of the points
that I earlier brought up does me no
disservice, coming especially from a
person of such high quality, pedigree,
in the musical world, I’m abashed,
bashful, indeed blushing, that my
humble insights have been so
eminently corroborated

but I cannot second his enthusiasm
for Shostakovich’s Sixth Symphony,
a failed, to my mind, entity, a long
introductory lament that lingered
long after its “best before” date,
followed by indifferent, though
perhaps energetic, yet unrelated,
final movements, the instrumentation
might be, admittedly, brilliant, the
Shostakovichian precise array of
sounds, but the sum is less than the
parts, I think, I took home only
confusion, as did the crowd,
apparently, at its first presentation,
Leningrad, November 21, 1939,
Mravinsky conducting, wow, an
even more convincing argument,
maybe, than Bernstein’s, however
rousing, interpretation

for your information, I’ve included
Tchaikovsky’s Sixth, according to
Bernstein intimately related, he
explains, to Shostakovich’s Sixth

you’ll note how different, however,
these two symphonies are compared
to how similar in so many respects
Beethoven’s and Shostakovich’s
Fifths are, Tchaikovsky’s Sixth is
manifestly more Romantic than
Revolutionary

but imagine Tchaikovsky starting and
ending with an adagio, how audacious,
daring, though not particularly efficient,
I think, not especially successful, the
adagio lamentoso seems to me
anticlimactic after the vigorous allegro
molto vivace, which receives a
thunderous applause, the last
movement, the lamentoso, however
lovely, doesn’t rise to the heights of a
proper finale for this forerunner’s
contagious ebullience, sounds rather
like an encore, melodramatic and a bit
pretentious

or maybe I’m just getting cranky

sooner or later though, the conundrum
of adagio bookends will be resolved,
someone inevitably will do it, like
finding the square on the hypotenuse,
unearthing warped space, discovering
a way to recapture carbon dioxide and
make it work for us, as trees would do
if we let them, someone always exceeds,
miraculously, our expectations, watch
for it, dare I say, here