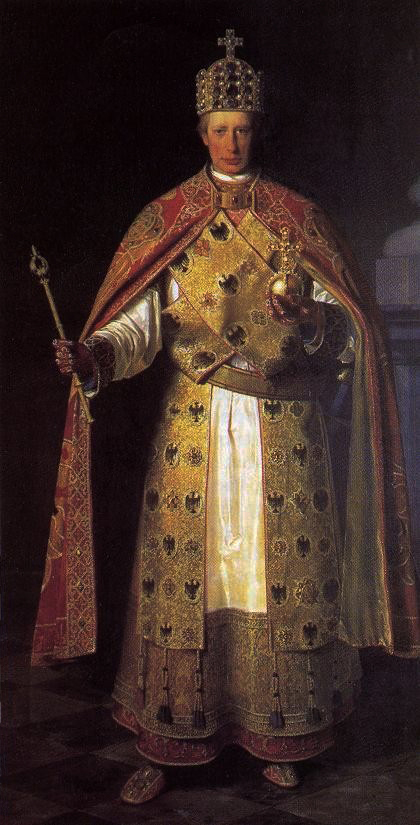 Haydn’s String Quartet, opus 76, no 3,
is nicknamed the “Emperor“ cause the
second movement, the poco adagio;
cantabile, is a recapitulation of an
anthem Haydn had earlier written for
Francis ll, the Holy Roman Emperor
– not, incidentally, for Napoleon, the
Emperor of the moment, who was to
defeat Francis ll, eventually, at the
Battle of Austerlitz, December 2, 1805,
thereby dissolving that Holy Roman
Empire, which had been established
by Leo, the very Pope, lll when, on
December 25th, 800, which is to say
preceding Austerlitz by a thousand
years, he crowned Charlemagne its
Emperor

Haydn must’ve been a monarchist

but listen to how Haydn makes it glisten,
explicitly, with articulations and filigree
that render it utterly irresistible

the adagio is usually the moment that
remains immutable, if the composer
is doing hir stuff, it’s the one you walk
home singing, the faster movements,
however histrionic, are nearly a dime
a dozen, though ever nevertheless
often dazzling

this adagio is utterly Romantic, though
I’m sure Haydn didn’t know what he
was doing, cause despite their push
against the democratic surge, even
monarchists, princes, dukes, dutiful
composers, were finding, and voicing,
their personal, and individual, which
is to say, their democratic, opinions,
however aristocratic their pedigree

artists had done a similar thing when
their personalities began to single
themselves out as especially gifted
when the Renaissance was
happening, it was now music’s hour,
individual voices were staking their
claim, Haydn’s manifestly superior
based on talent and, after widespread
economic affluence, audience appeal,
Haydn’s commercial boots were made
for walking, and he filled them both
magnificently and incontrovertibly

the poco adagio; cantabile is not
courtly music, it reaches for not
merely elegance, but the heart,
we’ve entered another
transformational generation,
something like the revolution
that triggered change in the
cultural upheaval of the1960s

our first step then was the Beatles,
theirs was Haydn, or rather Elvis
Presley shoring up the Beatles,
Beethoven was more aptly John,
Paul, George and Ringo

but watch the rapture on the players’
faces, Francis ll would’ve been
appalled, much like parents in my
generation facing the pill, drugs,
unorthodox sexual couplings, and,
of course, raucous and unruly rock
music

today, under the spell of the
Romantic Period, and encouraged
by that very Sexual Revolution, the
Calidore String Quartet’s Elysium,
their evident bliss, emotionally
manifest, and utterly arresting, sells
tickets, for better or, hopefully not,
for worse

but you call the shots, to decorum or
not to decorum, that is the question